This Saturday 17th September sees the return of the Glen Ragou Cup for the first time at the club since 2019.

Glen Ragou passed away in 2015. Since 2015, an annual tournament is being held in his memory, where a masters team from the “North” play a masters team from the “South”. Each player will be paired up against an opponent of a similar standard/age. All matches will be PAR scoring best of 5 games. There will be additional North v South competitions in the bar afterward. This event is intended to be a social but competitive one, with the winning team presented with the Glen Ragou cup. The matches will be followed with food and drinks and a live band in the evening. Players are encouraged to socialise afterward and stay over as we all know that Glen liked to play and party hard!  Apart from a great day of squash and an evening of entertainment, all profits will be going to charity. 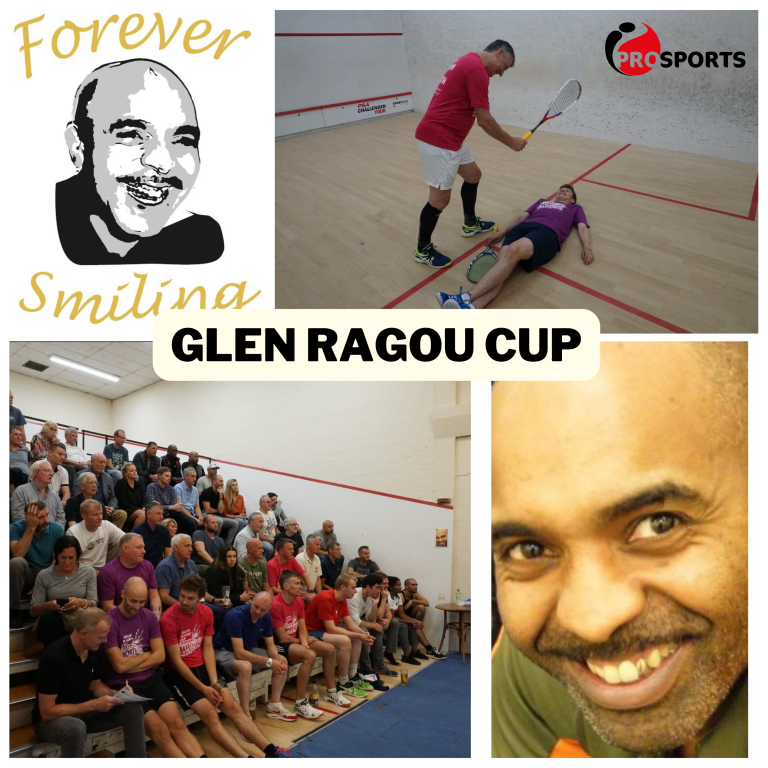